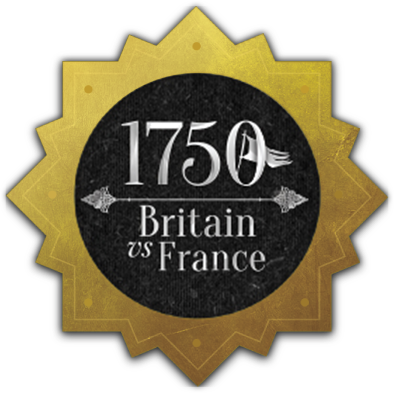 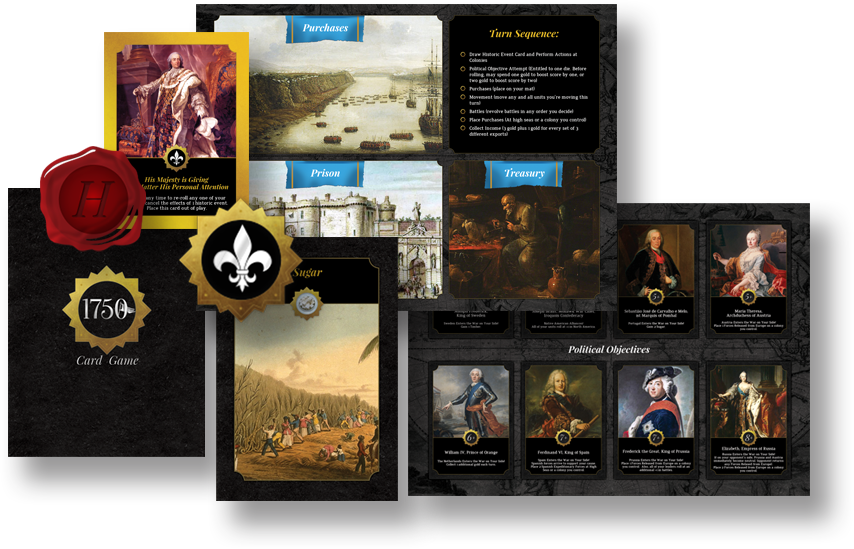 1750: Britain vs. France is a 2-player card-based strategy game, using dice and cards to fight for control of colonies around the world. One player plays as Britain and the other plays as France, trying to outwit their opponent to decide the outcome of this struggle. Each turn, you'll attempt to influence other world powers, deploy military units to attack and defend colonies, and play historic event cards that provide powerful short-term and long-term benefits. 1750 features the fantastic artwork of painters from this era. 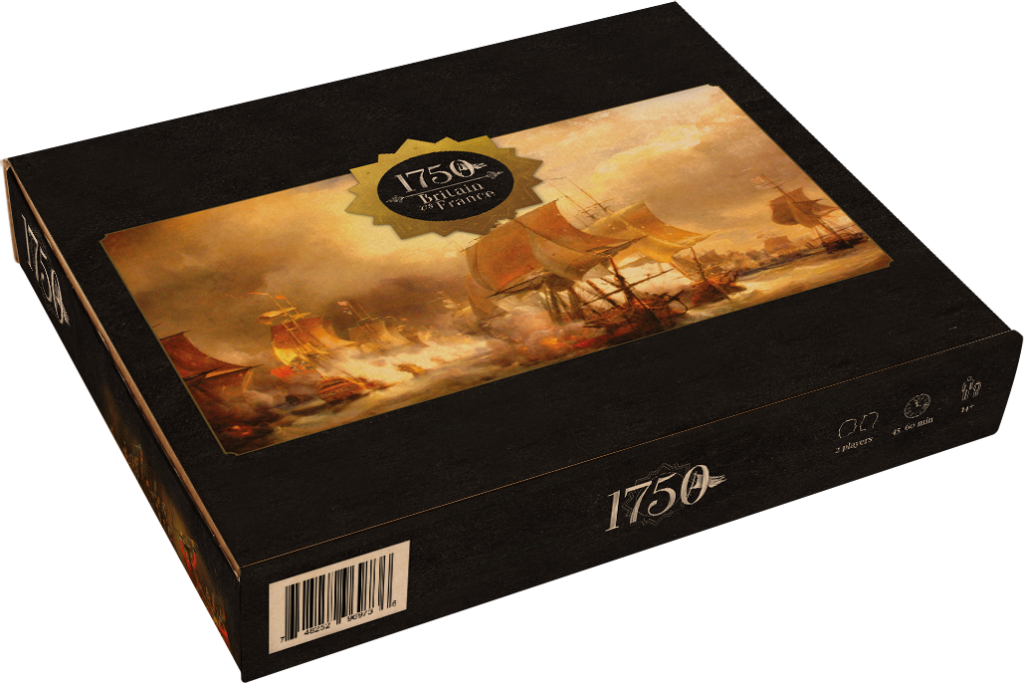 The 1750 creator came to Velociraster with a well thought out strategy card game looking for a hand in turning it into something real. 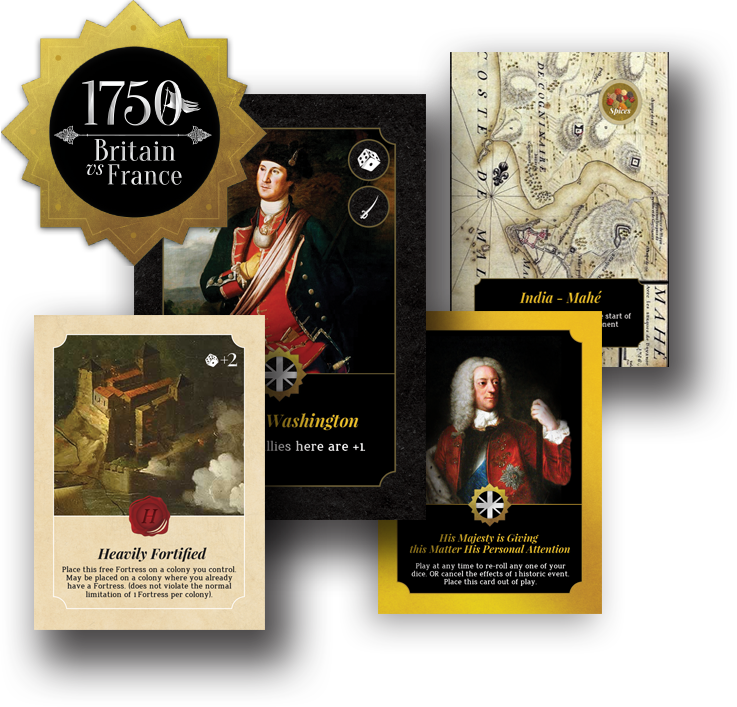 Establishing an identity that connects to the time period the game is set in was crucial as it not just impacts the brand but the feel of the game itself.

The game contains a variety of icon and player card related illustrations to further elevate the design quality of the game. 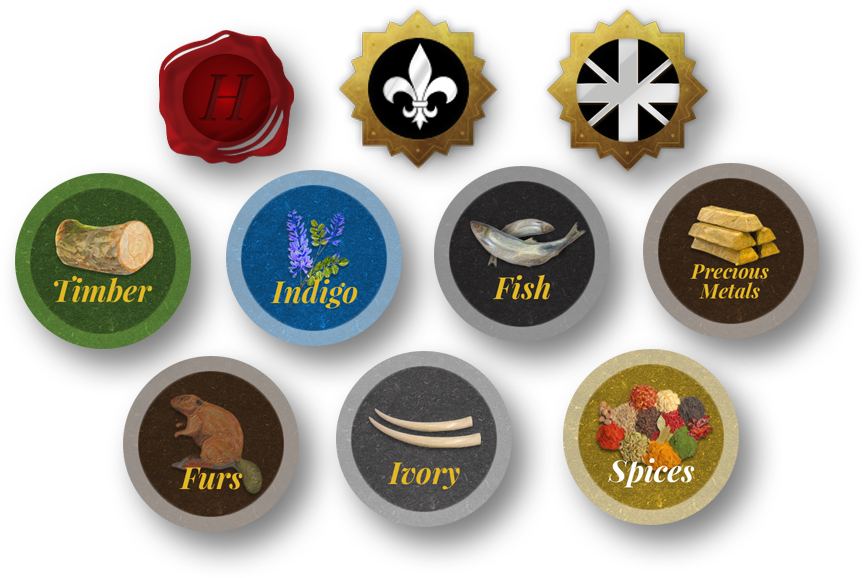 Every startup has unique goals. With 1750, in addition to designing and developing the game, there was the always present Kickstarter goal and the overall strategy and build up to launching a successful campaign that would fund the printing. 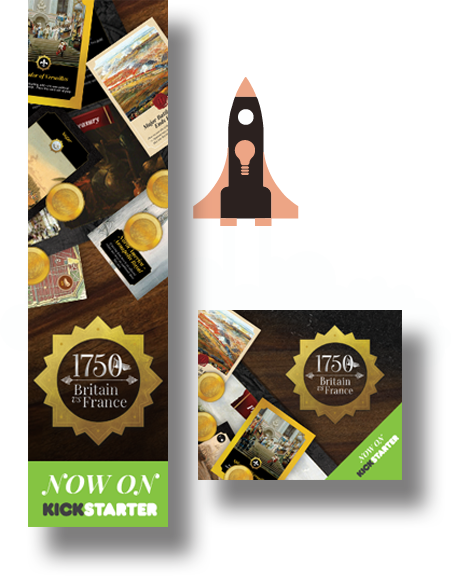 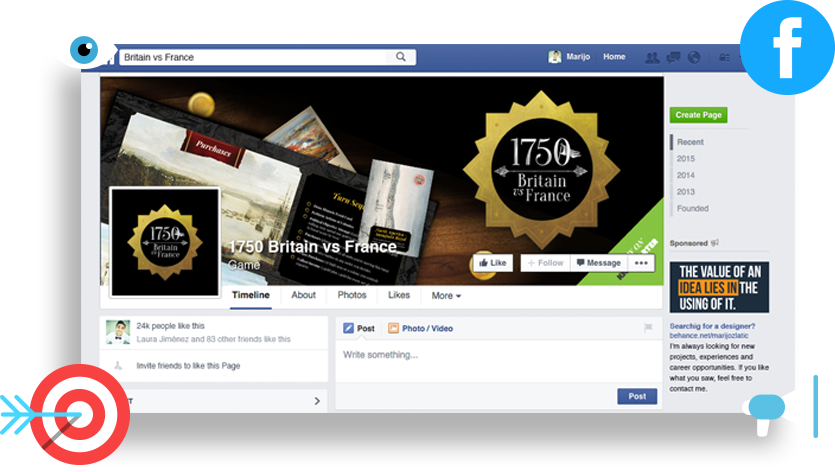 Kickstart projects benefit greatly from having a very researched plan with a razor sharp focus. There isn't much time to get things done, and how social platforms intermix with the ongoing development of the Kickstarter page is critical to have mapped out from the beginning with several case alterations ready to go.